Is Cisco Systems a Buy? 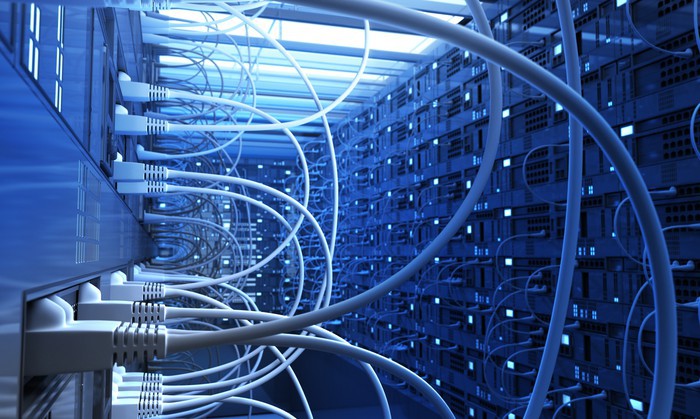 Many investors like to buy and hold shares of companies that are leaders in their respective fields, generate a substantial amount of cash (preferably with a generous capital return program in place), and have reasonable long-term growth prospects.

I think Cisco Systems (NASDAQ:CSCO) easily fits that profile, and could be an attractive stock pick for investors who want such a company in their portfolios.

During Cisco’s fiscal year 2018 — which ended on July 28, 2018 — the company generated $28.27 billion in revenue from sales of network infrastructure products, rising about 2% from the $27.78 that it generated in the prior year.

Cisco also generates a significant amount of cash — and, perhaps unsurprisingly, gives a lot of it back to shareholders: 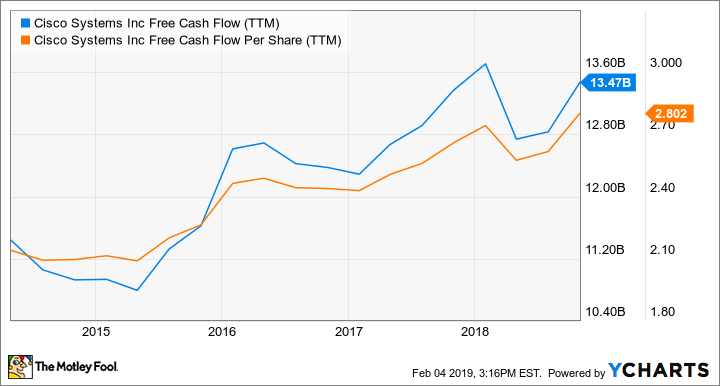 Over the last 12 months, Cisco has generated $13.47 billion in free cash flow, which works out to a little over $2.80 per share. The company doesn’t just let that cash pile up, though — it gives plenty of it back to stockholders.

Cisco currently offers a dividend of $1.32 per share (for a dividend yield of 2.79%), and has a solid track record of giving shareholders annual dividend raises. The company also has a robust share-repurchase program in place and, according to its most recent quarterly filings with the Securities and Exchange Commission, has about $14 billion remaining on that repurchase plan — good for nearly 6.6% of current shares outstanding as of this writing.

Cisco isn’t the hottest growth stock on the planet; it’s a large, mature, and highly profitable leader in its field. That doesn’t, however, mean that growth isn’t in the cards.

Analyst estimates call for Cisco to turn in 4.6% revenue growth in 2019, followed by 3.2% growth in 2020. That’s not an insane amount, but investors don’t seem to be expecting huge growth, as the stock trades at about 15.6 times analysts’ estimates for 2019 earnings per share and 14.3 times analysts’ 2020 EPS projections.

Cisco offers decent growth prospects at a relatively cheap valuation — a characteristic that may be appealing to more risk-averse investors.

If you’re looking for a stock that’ll double your money in a year, I’d suggest steering clear of Cisco shares — the growth potential (like the corresponding risk profile) just isn’t suitable for you. However, if you’re looking for a best-in-breed technology company that has strong market share positions in its core markets, generates a significant amount of cash, and should deliver modest growth in the years ahead, Cisco might be worth your time.

10 stocks we like better than Cisco Systems
When investing geniuses David and Tom Gardner have a stock tip, it can pay to listen. After all, the newsletter they have run for over a decade, Motley Fool Stock Advisor, has quadrupled the market.*

David and Tom just revealed what they believe are the ten best stocks for investors to buy right now… and Cisco Systems wasn’t one of them! That’s right — they think these 10 stocks are even better buys. 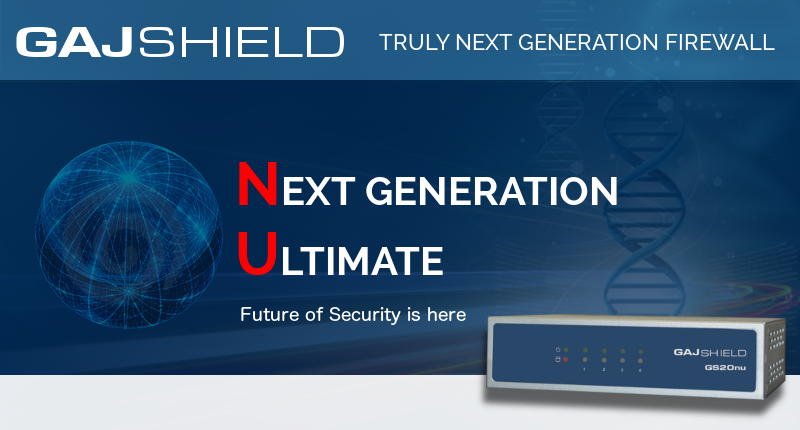 Gujshield Next Generation Firewall – Beyond UTM