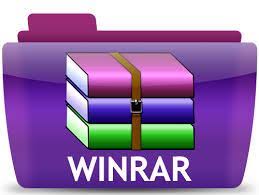 The flaw, tracked as CVE-2018-20250, impacts the unacev2.dll library used by WinRAR for unpacking ACE archives. Starting with WinRAR 5.70, the problematic library has been removed to prevent abuse, but many users have failed to update the application, allowing malicious actors to continue launching attacks.

The WinRAR security hole can be exploited via specially crafted ACE archives to extract a harmless file to the destination folder selected by the user, while also extracting a malicious file to a location specified by the attacker. An attacker can achieve arbitrary code execution by extracting a piece of malware to the Windows Startup folder, ensuring that it would get executed the next time the operating system boots.

Technical details of the vulnerability, which is believed to have existed for 19 years, were made public by Check Point Software Technologies on February 20. The first attacks exploiting the vulnerability to deliver a piece of malware were spotted a few days later.

In a blog post published on Thursday, McAfee said it had spotted over 100 unique exploitstargeting the vulnerability in the first week after the flaw was disclosed. The company said most of the initial targets resided in the United States.

In one of the attacks observed by McAfee, hackers delivered an ACE file that appeared to contain a bootlegged copy of Ariana Grande’s “thank u, next” album. If the user attempts to extract the content of the archive, some MP3 files are extracted, but a piece of malware is also silently planted in the Startup folder.

The 360 Threat Intelligence Center of Chinese cybersecurity firm Qihoo 360 has also spotted several attacks, including ones that appear to have been launched by APT actors. Its researchers have seen attacks aimed at Ukraine, the Middle East (Revenge RAT delivered with bait documents referencing the United Nations), and others.